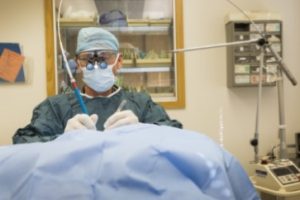 The Highest Standards of Surgical, Anesthetic, and Nursing Care for Dogs

We offer a wide variety of surgical services for dogs, including elective, soft tissue, orthopedic, and eye surgeries. You can rest assured that your dog will receive the very best surgical care, including:

If you choose to compare fees with other clinics, make sure that you evaluate the same quality of care.

When Your Pet Needs Surgery

For those times when surgery is needed for your pet, you can be assured that Countrycare provides the highest standards of surgical, anesthetic and nursing care. Preparation for a surgical procedures starts long before the actual surgery itself.

Our surgeon, Dr. Heintz, have many years of experience and continual education and training on the newest surgical techniques and procedures. Her skills and expertise cover a wide range of procedures, from extensive 15 pound tumor excisions to delicate eye problems and many more. 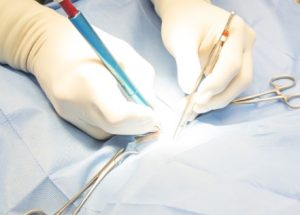 What Does a Surgical Laser Do?

The laser does several things to provide better surgical technique and outcome for your pet’s surgery:

The laser seals nerve endings as it “cuts”. As a result, your pet will experience less pain and be more comfortable post-operatively.

Laser energy does not crush, tear, or bruise tissue because the only thing that touches your pet is an invisible beam of light. It also seals lymphatic vessels which decreases swelling after surgery.

Lasers cut with a beam of light without touching the tissues. This eliminates much of the trauma associated with standard techniques.

Lasers allow the surgeon to be able to perform surgery with more precision.

There is a reduced risk of infection because the Laser seals the skin and reduces the amount of bacteria present. It also removes unhealthy tissue while minimizing adverse effects to healthy surrounding tissue.

What Does this Mean for My Pet?

It means that you can be guilt free about your pet having surgery. You want your pet to be comfortable and heal quickly – that’s what Laser surgery provides.

Examples of surgeries include: 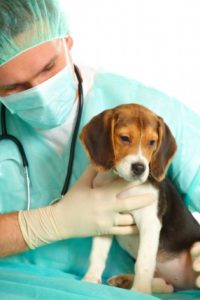 An ovariohysterectomy is commonly referred to as a spay surgery. During a spay surgery the ovaries and uterine body are surgically removed.  Spay surgeries are performed to prevent unwanted litters/mating, to reduce the risk of certain hormone associated cancers such as ovarian/uterine/mammary cancer, and to prevent a potentially life threatening infection of the uterus called a pyometra. An ovariohysterectomy surgery is typically performed around 6-12 months of age but can also be performed on older animals too.

A neuter is a surgery in which the testicles are removed. Neuter surgery is performed to prevent unwanted breeding, to reduce the risk of certain hormone associated cancers such as testicular cancer, to reduce the risk of prostatic disease, and to decrease hormone associated marking or aggression behaviors. A neuter surgery is most commonly performed between 6-12 months, but can also be performed on older animals as well.

A hernia is a defect in the body wall that allows contents from the inside of the body to bulge out under the skin. The most common type of hernia is an umbilical hernia (near the belly button area). Other types of hernias include inguinal (groin region) and perineal (next to the anus). If surgery is not done to correct a large hernia, it could cause internal organs to potentially become twisted and cause pain and issues with normal digestion, urination, or defecation. 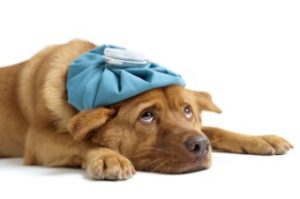 Bladder stones are a rock-like collection of minerals that can form in the urinary bladder. Bladder stones may be present as a single stone or multiple stones of various sizes. Bladder stones can develop secondary to pH of the urine, urinary tract infections, an imbalance in diet or genetic makeup. Symptoms of a bladder stone include bloody urine, straining to urinate, a change in urine stream or inability to urinate, or an increase in the frequency of urination. There are some pets with bladder stones that may not show any signs and the stones may be found during a wellness exam or incidentally during other diagnostic testing.

GDV occurs when there is excessive gas in the stomach that is unable to pass due to a twist (or volvulus) of the stomach. Bloat/GDV is often a life-threatening condition seen primarily in large, deep chested dogs. Signs that may be seen at home include a distended/enlarged appearance to the belly, hunched over posture, drooling, dry heaving/unsuccessful attempts to vomit, rapid breathing, or discomfort and restlessness. This condition is generally a surgical emergency since stomach dilation can greatly compromise your dog’s circulation to the stomach and potentially other surrounding organs.

During the surgery the stomach is permanently attached to the inside muscles of the abdominal wall with a technique called a belt-loop gastropexy. This prevents the stomach from twisting in the future. Surgery can also be done in breeds with a higher predisposition (like deep-chested dogs) to prevent the condition from occurring in the future.

A tumor is an abnormal growth of tissue which can be either benign (a localized growth that does not  spread to other parts of the body) or malignant (a cancerous growth with the potential to spread to other areas of the body). Tumors can be found either externally on/under the skin or internally in the chest or abdomen. Due to the potential of any abnormal growth to be cancerous it is often recommended to surgically remove the growth if it is growing rapidly in size, changing shape or color, in an area of high motion that could affect the pet’s ability to move comfortably, or causing pain or irritation to the pet. Following surgical removal, the tumor is evaluated by a pathologist at the lab to determine if it is benign or malignant so that the proper after-care can be determined. 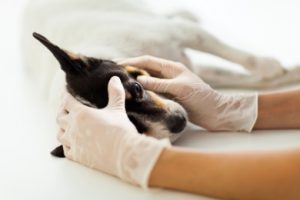 Cherry eye is also referred to as prolapsed gland of the 3rd eyelid.  The third eyelid is seen at the inside corner of your dog’s or cat’s eye. The gland that is associated with the third eyelid can become inflamed (swollen) or can become traumatized causing it to appear like a pinkish mass by the eye. Cherry eye can not only be cosmetically unappealing for the owner but it can also cause irritation for the pet.  Cherry eye surgery is performed by surgically tucking in the prolapsed gland to prevent continued irritation to the eye.  Surgery to remove the gland of the third eyelid is not recommended as the gland helps with normal eye lubrication.

Entropion refers to an inward rolling of the eyelid or portion of the eyelid.  This causes hair and eyelashes to rub on the eye causing irritation and can potentially lead to ulcers on the eye (scratches or wounds to the corneal surface of the eye).  Surgical correction involves removing excessive skin near the affected eyelid to allow the eyelid to be reshaped.

Ectropion refers to an outward rolling of the eyelid and appears like a drooping eyelid.  This eyelid abnormality affects the ability for the eyelid to close over the eye properly and the affected eye may be more prone to dryness, irritations, and foreign bodies.  Surgical correction involves removing a portion of the excessive eyelid to tighten the lid margins.

Keratectomy surgery is used in the treatment of slow healing or severe ulcers of the eye.  During the procedure the outside portion of the damaged corneal tissue is gently removed and a grid pattern is made over the ulcer to encourage a more rapid healing process for the eye.

Enucleation is the surgical removal of the eye.  This surgery is performed for patients who have a painful or non-functioning eye due to advanced or uncontrolled glaucoma (increased pressure within the eye itself), severe trauma to the eye, or tumors of the eye.  After the eye is removed, the eyelids are permanently closed allowing a cosmetic appearance.