< Back To Main Blog Page

6 Important Reasons to Spay or Neuter Your Pet

When I was growing up, I remember watching The Price is Right game show. At the end of every show, Bob Barker (and now for you younger generations, Drew Carey) would say, “Help control the pet population; have your pets spayed and neutered!” I admit that when I was young, I didn’t fully understand why this was so important. What Bob Barker didn’t mention is that there are many benefits to spaying or neutering your pet. These are the top six reasons:

1. Spay and neuter to help control the pet population and reduce unwanted litters

According to statistics from the Humane Society, one pair of unneutered/unspayed dogs and their offspring can create 67,000 dogs in six years. One pair of unneutered/unspayed cats and their offspring can create 420,000 cats in seven years. Take into consideration that in one year, approximately 3-4 million animals are euthanized in animal shelters because they can’t find adoptive homes. Pet overpopulation is a real problem that can be reduced by spaying and neutering. 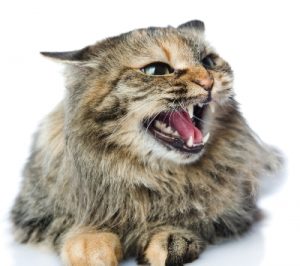 2. Neuter to help reduce aggression and urine marking or spraying

Unneutered male animals may frequently lift their leg to pee, not only outside but in the house, to mark their territory. They may also have more aggressive tendencies due to testosterone (a sex hormone) in their body. Keep in mind that not all aggression or marking behaviors are fixed with spaying or neutering. It can partially depend on the age of the pet when the surgery is done. For some pets who have surgery later in life, the marking or aggression becomes not just hormone related but a “learned behavior” that surgery alone will not be able to fix completely.

3. Spay to reduce the risk of diseases like mammary, testicular, and uterine cancer 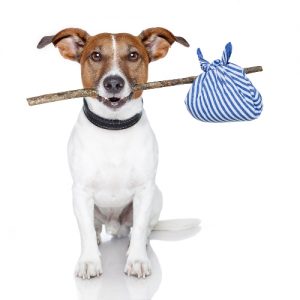 4. Neuter and spay to decrease roaming

Animals that are intact (not spayed or neutered) are more likely to roam in order to find mating partners. Some of these “roamers” will return home, while others will not. In addition, roaming pets face an increased risk of injury from being hit by a car or other injury while “out and about.”

5. Spay to avoid the messiness of a heat cycle in your home

During a female’s heat cycle, she will have active bloody discharge for approximately 1 week. There are options for “doggy diapers,” but it can still be difficult to clean up after a dog in heat.

6. Spay to avoid a potentially life-threatening infection of the uterus (pyometra)

Pyometra is an infection of the uterus in which pus is formed in the reproductive tract of the female. In some cases, you may be able to see abnormal discharge on your pet’s hindquarters. Other times, the cervix closes and traps in all that pus and bacteria inside the body. This bacteria and associated toxins can enter the bloodstream causing severe illness. In extremely severe cases, the uterus may rupture leaking bacteria and pus into the pet’s abdomen. The treatment involves an emergency operation to remove the uterus and is much more costly than a preventive spay surgery.

If you have questions or concerns about such a surgery, talk to your veterinarian. Bob Barker had it right! Spay and neuter – not just to reduce pet overpopulation, but to give your pets the longest, healthiest lives possible.